Run games and programs in a smaller window 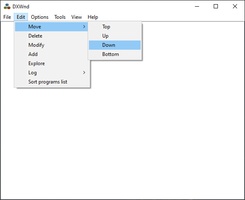 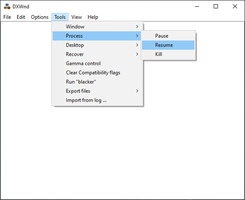 Advertisement
DxWnd is a program that intercepts and alters the behavior of certain tasks that have been previously configured, so that instead of running in full screen, they run in a smaller window while still keeping their behavior intact. In other words, it's a program that will let you play games that you can normally only play on full screen, in a smaller window.

The main usefulness of DxWnd is found when dealing with video games developed mainly for Windows 95 and 98. As a general rule, these tend to monopolize all the resources and devices of the computer, even though they're not actually using even 5% of the power of a modern PC. If you try to play games from this era, you'll notice that you can't perform other tasks while playing and, sometimes, you can't even minimize the screen.

By using DxWnd you'll be able to run these old games (or programs) directly in a window, without suffering the inconveniences mentioned above. The list of supported titles is extensive and, in general, it should work correctly with almost any video game you try, although it's not guaranteed to work perfectly with all of them. Even so, all the great classics work perfectly.

DxWnd is practically a must-have program for modern gamers, who want to continue enjoying some of the great gems of the 90s and early 2000s. It's a lightweight and easy-to-configure program that will save you a lot of headaches.
Reviewed by Andrés López Translated by Sarah Odebralski
Advertisement

There are opinions about DxWnd yet. Be the first! Comment

Steam
Feel the power of a massive gaming experience
Rockstar Games Launcher
The official Rockstar Games client
DS4Windows
Use DualShock 4 controllers on your PC
Better DS3
Configure your PS DualShock controller to play on PC
MotioninJoy
Use your Playstation 3 controller on your computer
GTA: San Andreas Liberty City
Play GTA 3 with benefits of San Andreas
Roblox Studio
Create and distribute content for Roblox
WBFS Manager
Store all of your Wii games on a hard drive or USB memory